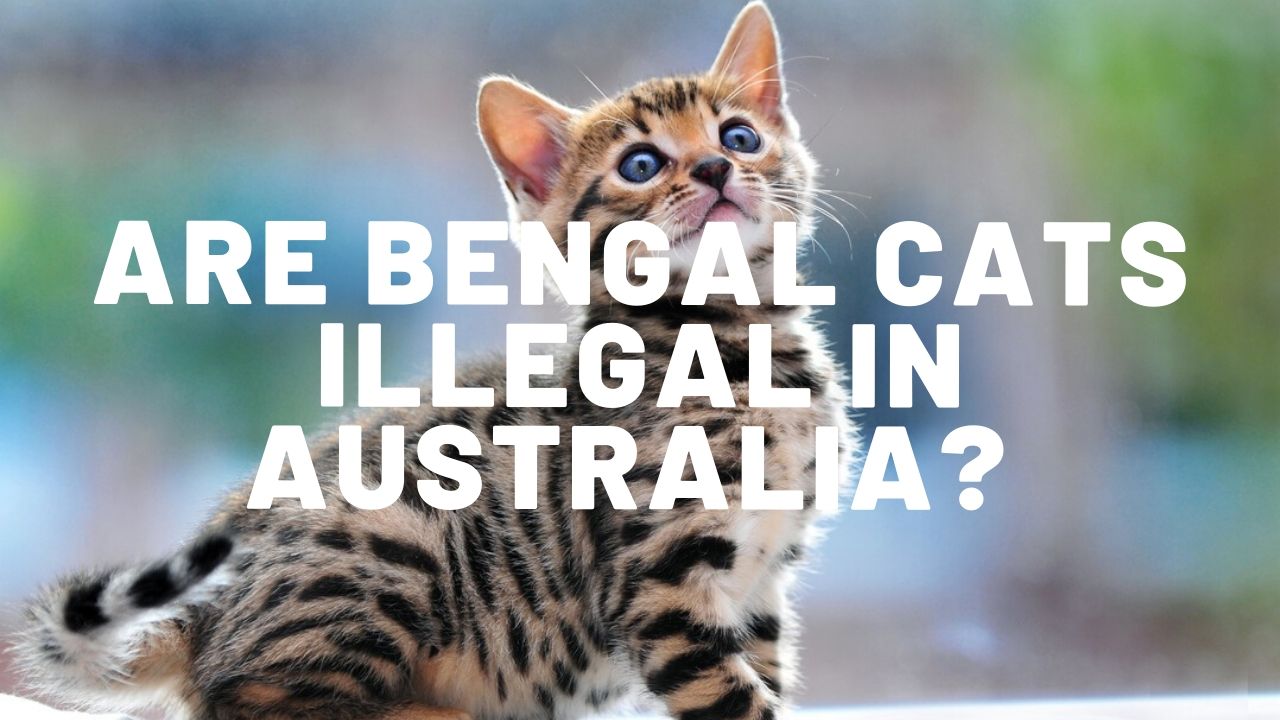 Australia is famous worldwide for being the home of many types of dangerous creatures, both large and small. This comment is made in jest, but it does seem like just about every animal in Australia is out to get you.

But what about Bengal cats?

You may not be aware of this “fun fact”, but Bengal cats were actually prohibited in Australia for some time.

This is because they were considered to be too close to wild cats, and they posed a risk to wildlife (ironic, given the nature of much of Australia’s wildlife).

Are Bengal cats illegal in Australia in the current day and age?

Not any longer. Bengal cats are now allowed into the country, and many Australians enjoy owning and living with Bengals.

Although this Australian government article is a little complicated, it basically explains that once Bengal cats got to five generations removed from wild species, they became eligible for import into Australia (and therefore subsequent breeding).

There have been some issues with people trying to import Bengals due to this “five generation” requirement, for example (read the (news article here).

So if you’re in Australia and looking to get a Bengal cat, then rest assured they are not illegal in the Lucky Country. However, it is probably easier to buy a Bengal cat in Australia from a registered breed as opposed to trying to import from overseas: