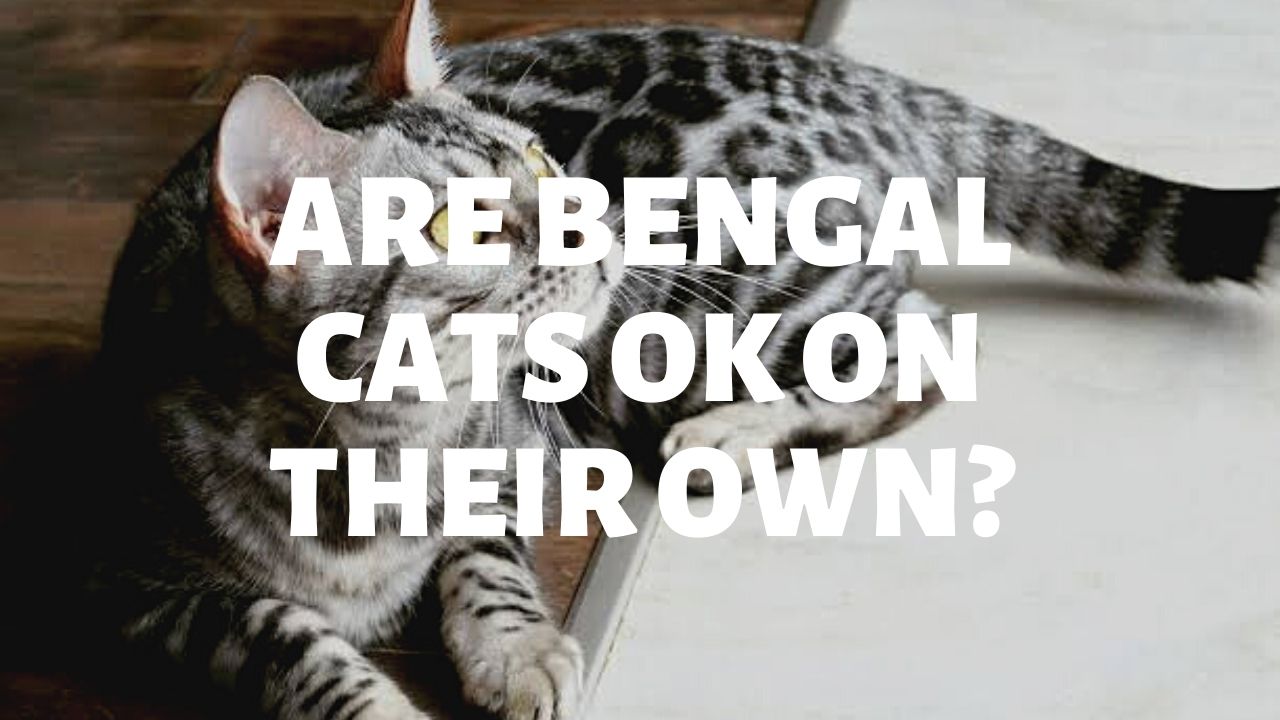 Yes, the Bengal cat is a much in demand breed of cat because of various traits which renders it as a highly favorable indoor pet.

In this article, we are answering the question “are Bengal cats ok on their own?”

But before you go online to search for a Bengal cat that you can call your own, be sure that it is legal to own one in the state that you are living in.

The states which do not allow its residents to legally own Bengal cats as pets are Georgia, Delaware, New York, Iowa, Alaska, Hawaii, Connecticut, Indiana, Washington, and Colorado.

In New York, all generations of Bengal cats are banned. The government officials of the state don’t want Bengals to hang around in the mostly high rise apartments in New York City while their owners are at their jobs for several hours. And another funny reason that this banning regulation was imposed was when a man was discovered keeping a tiger in his apartment. Because of this, the option of getting a permit for a Bengal cat is disallowed.

The state of Georgia bans all hybrids of non domestic breeds, including the Bengal cat. You have to prove that the Bengal is from a lower generation that exceeds F5 or F6 to be given a permit to raise the cat.

In the state of Colorado, including Denver, its biggest city, if the Bengal cat is in consideration for adoption, it should have been separated for at least five generations from its ancestors who are in the wild.

The reasons vary from the outrageous to the unfair just because generally, the law in these states say that the Bengal cat is descended from the wildlife. The Bengal cats that you see around the neighborhood have been domesticated for decades, and so are their parents.

Now that you have checked your home state as one which allows for the intimidating but comforting presence of the Bengal cat in your home, let’s get down to their characteristics.

The Bengal cat is a very intelligent breed of animal which has the appearance, at first glance, of a wild, leopard mini me. This explains why some people think it is wild and undomesticated because of its facade. It is actually hyperactive and playful with a likable temperament that is affectionate and gentle. These characteristics alone make it a great all around family pet. Among cats, it is one of the most popular cat breeds that are in demand for adoption. It is so sad that some states ban it merely because of its ancestry and appearance.

Are Bengal cats ok on their own?

Yes, Bengal cats have a mind of their own and have a sense of independence. Every Bengal cat will behave slightly different from each other, but a typical adult Bengal cat is comfortable being alone for 8 to 10 hours, which is about the length of a typical working day for their owners. They will not panic or feel frightened just because they don’t have a companion for a long period of time.

As with regards to their sense of independence, they don’t mind the occasional cuddling, but don’t expect this for an extended period of time with a Bengal cat, because they will go down to the floor when they had their fill of caresses from you. They can be cuddled – at their own terms. Once down on the floor, other character traits of theirs come into play: they like to be in control, are very energetic, and want to engage in activities.

This sense of independence and control is also evident when your Bengal cat disobediently pees everywhere. This is a sign that it doesn’t like its litter box because it is dirty. It will show its discontent and protest by wrecking havoc in corners of your house where it will pee to its heart’s delight. So you better sanitize its litter box regularly.

Desiring a pet means you are concerned also with their hygiene since you interact with them regularly. So, do Bengal cats smell? No, their smell is pleasant and they are known to be clean animals. If they have a bad odor, there might be an underlying medical problem with the cat. You might want your veterinarian to check on it.

So, are Bengal cats ok on their own? Yes, definitely with their smart wits, playfulness, and ability to be alone for hours, they are good for you. Just make sure you live in a state that allows them.

Make sure you read our guide here to telling if your cat is a Bengal mix, if you’re not sure whether you actually have a Bengal.