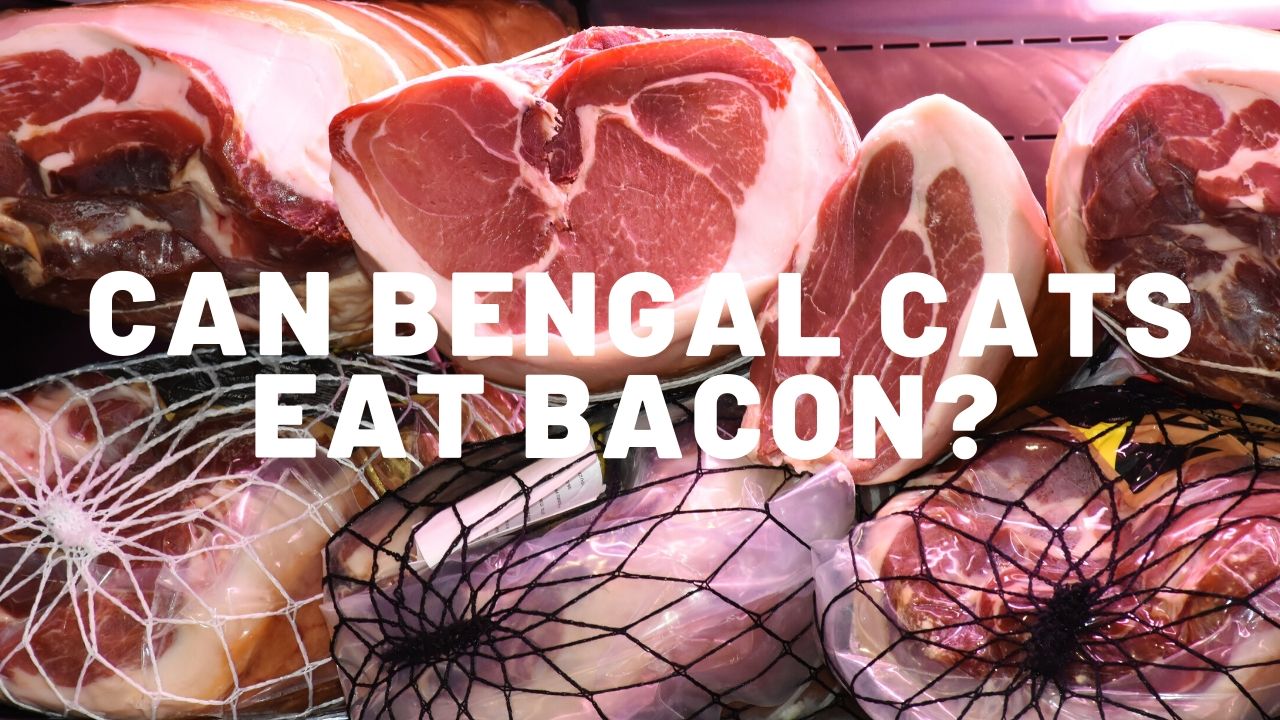 Continuing with our series on foods that are safe (or not) for your beloved Bengal, today we are going to answer the question “can Bengal cats eat bacon?”

Bacon may be one of the tastiest treats known to human-kind – but is it suitable for your cat?

In previous articles we have established a few key facts:

With that knowledge in mind, can Bengal cats eat bacon safely and heathily?

Your Bengal cat can probably eat small quantities of bacon (preferably cooked) from time to time without any negative health consequences or effects.

Your Bengal eating bacon is not the same as them accidentally drinking coffee, for example.

However, we do not recommend regular consumption of bacon for the following reasons:

1. Bacon is incredibly energy-dense and laden with fat and salt (which makes it so delicious to many humans and animals alike). What would be an already unhealthy food for humans is made massively more so for cats when you consider their smaller mass. They just aren’t built to consume the same number of calories, or the same amount of salt.

2. Bacon contains large numbers of preservatives. While in small quantities these preservatives are unlikely to be harmful to your Bengal, it is still best to avoid them if possible. There is an increasing scientific consensus that the preservatives in bacon and other processed/cured meats can increase the risk of cancer in humans – there is no reason not to think that is the same in cats. Furthermore, these preservatives may wreak havoc with your Bengal’s digestive system.

While it isn’t the most dangerous or harmful thing for their health, Bacon isn’t a good, health-conscious choice for your pet.

Bacon is fatty, laden with calories, salt and preservatives, and simply isn’t a smart food choice.

A tiny bit of cooked bacon, once in a blue moon as a treat, is not going to do your cat any great harm.

However, do not make it a habit of feeding your Bengal bacon.