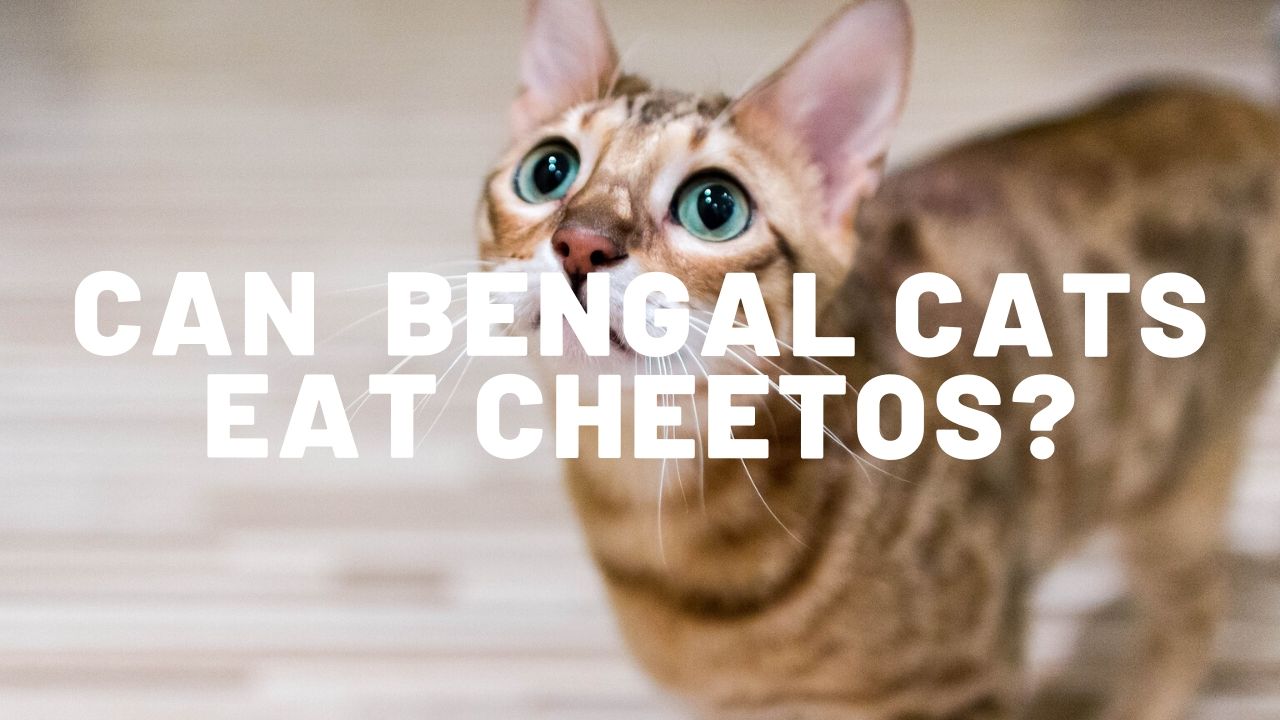 It comes as no surprise to any Bengal owner that this inquisitive breed of cat likes to try all sorts of foods.

But what about human snacks?

Bengals seem to like trying to eat anything their human companions will eat, so don’t be surprised if next time you open a bag of Cheetos, your Bengal tries to join in and have some too.

However, if this does happen, you should avoid letting them eat any.

Cheetos (like many types of junk food made for humans) are very high in sodium.

Excessive sodium consumption is bad for humans, and even worse for cats.

Your Bengal has much smaller body mass than you do, so a relatively small portion of a salty snack like Cheetos could contain potentially dangerous quantities of sodium.

Furthermore, Cheetos and other similar snack foods are basically “empty calories” and provide no nutritional value for your cat (beyond risking making them fat and poisoning them from too much sodium).

There is a real epidemic out there of literal fat cats (this is obviously not just limited to bengals) and you don’t want this to happen to your pet.

Therefore, you should avoid feeding your bengal cat cheetos – or any other kind of salty human snack.