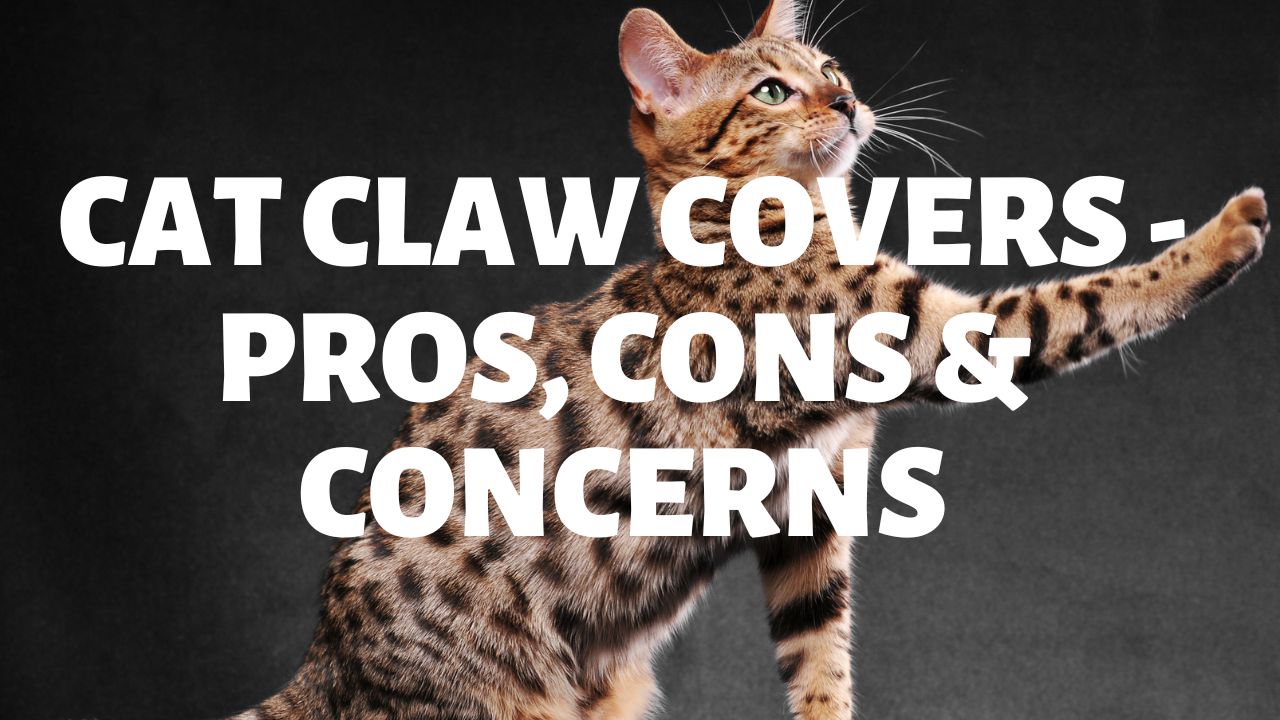 Cat claw covers, also known as cat nail caps, are a product designed to protect furniture and other household items from scratches.

Contents hide
1 In A Hurry? Here’s What You Need To Know
2 Cat Claw Cover Benefits
2.1 Protection Of Furniture/Furnishings/Other Objects
2.2 A Safer, More Humane Alternative To Declawing
3 Drawbacks
3.1 Uncomfortable For Some Cats
3.2 Not A Permanent Solution
4 Ethical Concerns:

These caps are placed over a cat’s claws and are typically made of soft plastic or silicone.

Here’s an example of the type of product I’m talking about: 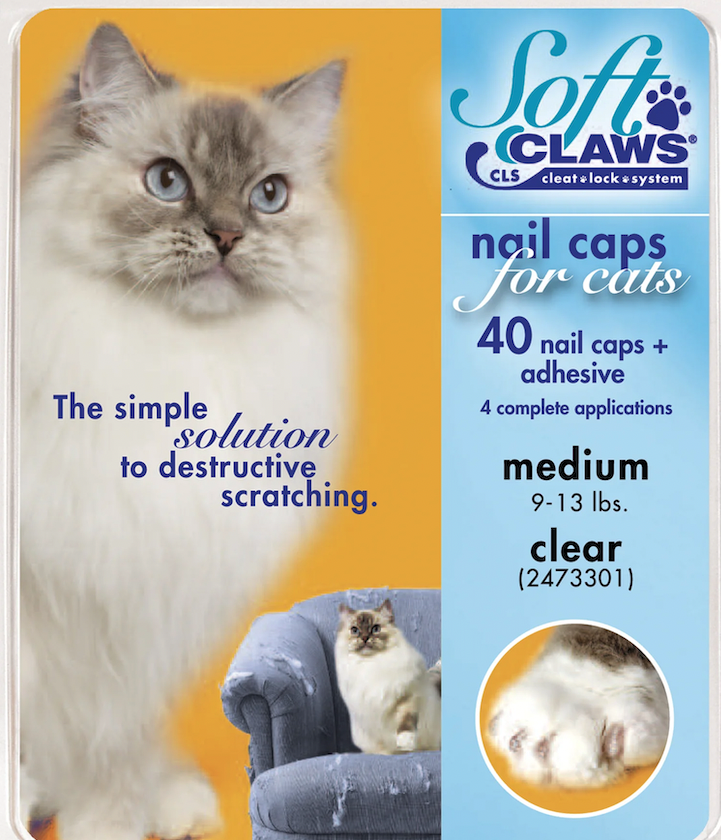 They are a popular choice for cat owners who want to prevent their pets from scratching up their furniture, and who don’t want to spend too much money doing so,, but they also have some potential drawbacks and ethical concerns.

Many owners fancy the idea of using these simple devices, because they struggle with getting their Bengal cat (or any kind of cat, for that matter) to stop scratching furniture and damaging soft furnishings like curtains.

In this article I’m going to walk you through the pros, cons, and ethical/moral concerns of using cat claw covers (also called cat nail caps).

In A Hurry? Here’s What You Need To Know

Cats have a natural instinct to scratch, and they can cause significant damage to furniture and other household items if they are not properly trained or if they have access to inappropriate surfaces. It’s not typically like your cat is actively wanting to cause damage to your furniture and other items … but the damage is just a “consequence” of your Bengal cat exerting its natural urges. Claw covers can provide a barrier between a cat’s claws and sensitive surfaces, preventing scratches and damage. It can be tough to train a cat not to scratch – despite the best of intentions and providing correct scratching outlets e.g. scratch posts – so using claw covers/nail caps is one relatively straightforward option for preventing damage from scratching, which is easier to make work than training.

Declawing is a surgical procedure that involves removing a cat’s claws, and it is a controversial and inhumane practice that is banned in some countries and jurisdictions. Claw covers provide a way to protect household items without resorting to a potentially painful and controversial procedure. I recently published an article on Bengal cat declawing, and why it should be avoided unless medically necessary (as determined by a veterinarian). You can read that article here for more information. Long story short, I am massively opposed to declawing for the purpose of preventing scratching, and if behavior modification isn’t working for your cat and you have to pick between claw covers/caps and declawing, then the former is a more ethical choice every time.

Uncomfortable For Some Cats

While most cats do not seem to mind the presence of claw covers, some may be sensitive to the feeling of the caps on their claws or may find them uncomfortable to walk on. This can cause stress and discomfort for the cat, which may lead to behavioral issues or a lack of mobility. If you are going to use claw covers/caps with your cat, then expect some initial resistance. If this does not pass and your cat doesn’t get used to them, then discontinue use.

Not A Permanent Solution

There is serious debate over the ethics of using cat claw covers.

Some people argue that claw covers are a humane way to protect household items, as they allow cats to express their natural scratching behavior without causing damage. Others argue that claw covers are a form of unnecessary “treatment” that may cause discomfort or stress for the cat, and prevent the cat from expressing its normal, natural behavior. I am of the view that they are vastly preferable to declawing, but should still only be considered as an option of last resort if you simply cannot train your cat to stop scratching your furniture. You shouldn’t use covers if you are bypassing correct behavior modification e.g. providing scratching posts and positively reinforcing their use (only consider their use after you have tried behavior modification first, and given it enough time to work)

There is also concern that cat claw covers may encourage irresponsible pet ownership.

Some people may be more likely to get a cat if they believe that claw covers will protect their household items from scratches, without realizing the other responsibilities that come with being a cat owner. This could lead to more cats being abandoned or surrendered to shelters if their owners do not understand the full extent of the commitment required to care for a pet. This is particularly problematic with Bengal cats, which have a higher-than-average rate of rehoming owing to some of their more “challenging” traits. Much like you shouldn’t get a dog and expect it never to bark or dig, you shouldn’t get a cat and expect it not to scratch. You can modify and improve the behavior over time, but there are always going to be teething pains.

Overall, cat claw covers can be a useful tool for protecting household items from scratches, but they also have some potential drawbacks and definite ethical/humane concerns.

My recommendation would always be to look at positive behavior modification first, e.g. rewarding your Bengal cat for scratching on his/her scratching post. Claw covers are definitely much more humane than declawing (because they are removable and not a permanent, irreversible decision) but should still be a ‘last resort’ and not a first choice