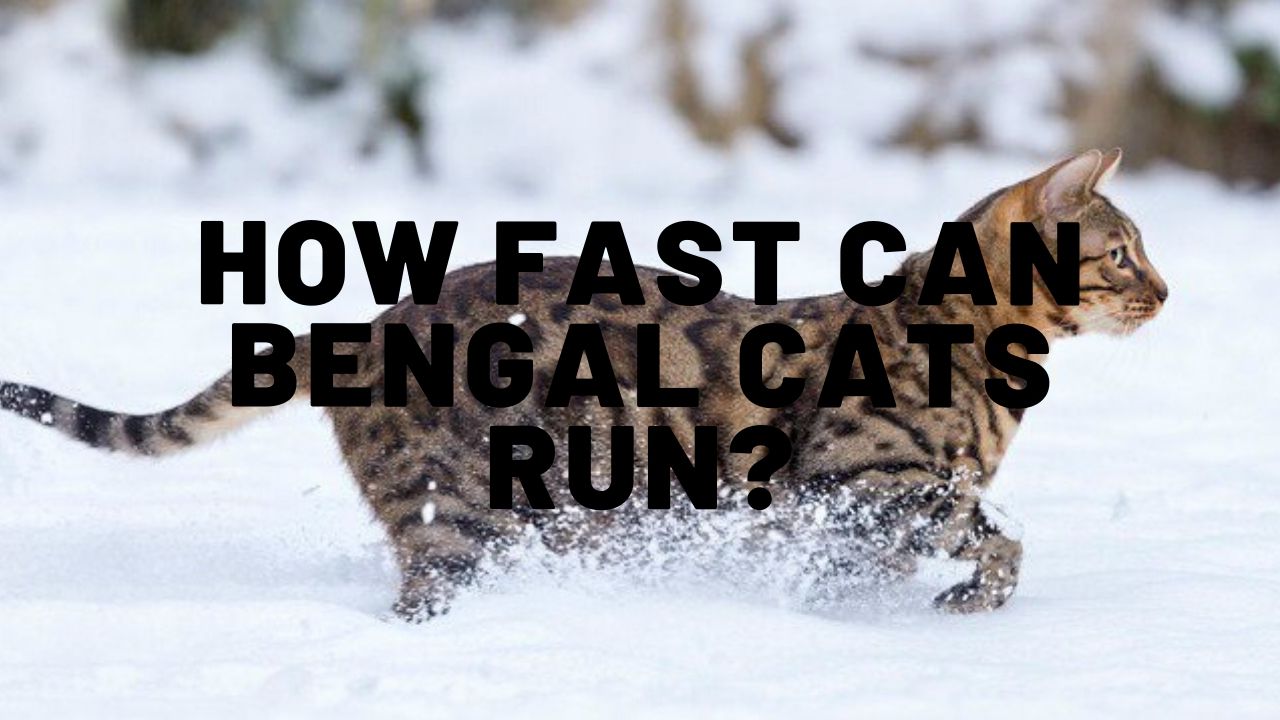 If you’ve got a Bengal cat at home, you have probably come across them running like mad around your house around your property, having fun, chasing things, chasing you chasing just about anything!

But how fast can Bengal cats run?

Let’s take a look at the speed and agility of Bengal cats!

Bengal cats can run at about 30-35 mph, for limited periods of time.

This is comparable to other domesticated cats.

In this article what we’re going to do is dig a little bit faster into the running speed of Bengal cats. Now Bengals are known to be quite a fast cat so they sit at the higher end of the scale and more towards 35, miles an hour, obviously different cats will have different top speeds, you know, they’re not precise machines, they’re all unique much like humans.

You can also watch the video version here:

How Are Bengal Cats Able To Run So Fast?

The reason they’re able to run so fast is that they have long and powerful back legs that allow them to run quickly. Felines are built for speed and power. That’s one of the things that allows them to be such efficient hunters and predators, and that has evolved into them over a very long period of time.

Cats also have very flexible spines that arch and straighten as they run, which enables your Bengal to take longer strides and increase his/her speed.

They have to have that strength to be able to chase their prey and to evade danger and all those kinds of things. That’s why Bengal cats are fast – in the wild, they can use their speed and power and agility to chase down and catch their prey and to escape from predators.

It’s that same power that they use to be able to run fast at home, and keep themselves entertained:

They will eventually tire out, but they do have an impressive speed – certainly faster than humans can run.

Conclusion – How Fast Are Bengal Cats At Running?

Your Bengal can run up to 35 miles per hour (~55 kilometres per hour) for limited distances. This is comfortably faster than any human can run (for reference, Usain Bolt’s maximum speed in a 100m sprint is just under 28 miles per hour).