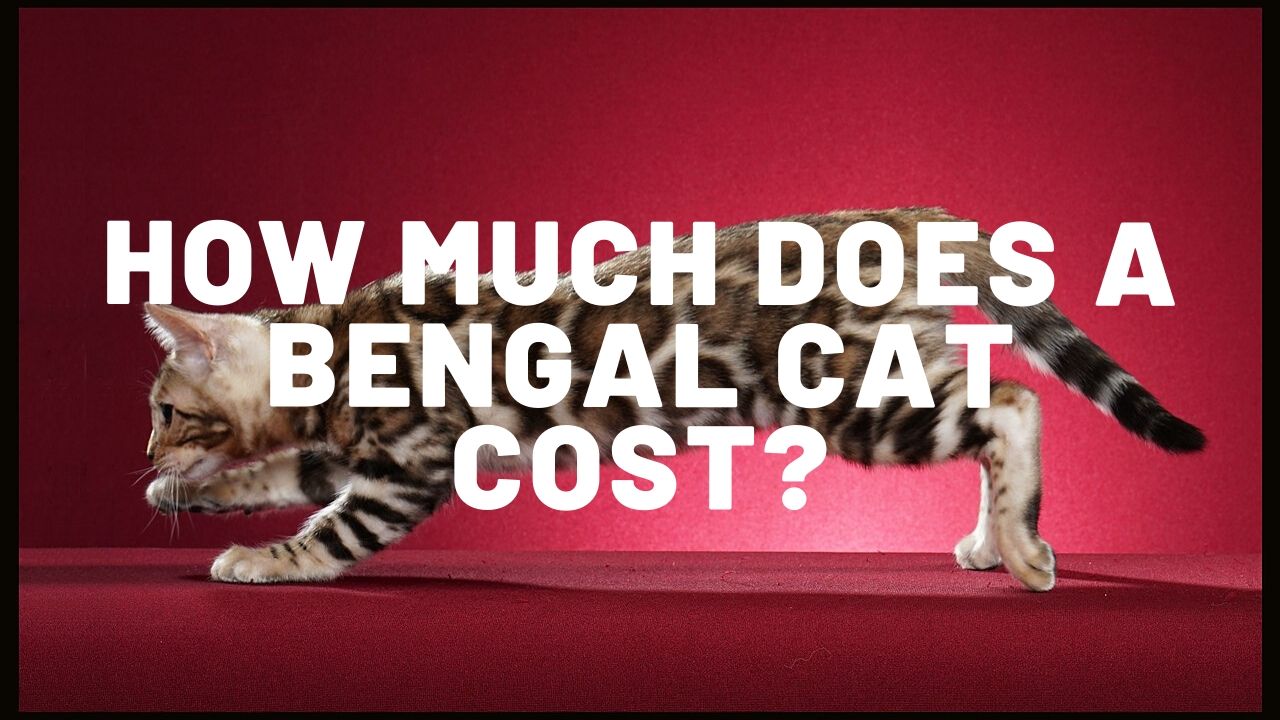 Bengal Cats are a wonderful cat breed. Developed by crossing Asian Leopard Cats with domesticated cat breeds such as the British Shorthair, these are not a common cat breed, although you can find them in areas around the world. Associated with the moderate rarity of these cats is a high price tag.

The Cost of a Bengal Cat

Bengal Cats vary in their cost, but you will generally find them between $1,000 and $3,000 in the United States. The most common price range is in the neighborhood of $1,500 to $2,000 within the United States, but cost has many factors influencing it.

While you might think it would be great if you find a Bengal Cat less expensive than these rates, you really want to avoid breeders that price their kittens at a much lower price point. These are often unscrupulous breeders who basically “cat farm” and breed large numbers of cats, often producing cats of poorer health quality and potentially even poor temperament.

Factors Involved in the Cost of a Bengal

There are many different factors involved in pricing and Bengal Cat. One of the major things that affects how a Bengal Cat is priced is what the cat looks like. The end goal of breeding Bengal Cats is producing a domesticated cat that looks very similar in appearance to the Asian Leopard Cat. These cats typically have hallmark designs in their coats, such as rosettes and stripes. Bengal Cats without these distinctive markings are generally less valuable than Bengal Cats with these types of markings, so breeders will often price them less and place them in homes purely as an pet.

Many breeders who breed Bengal Cats show their cats, potentially earning them championship status. Breeding and showing cats is very expensive, so many breeders subsidize the cost of their showing operation by selling kittens that they do not intend to show. The travel involved in going to different shows and events can be costly, and a female cat will only have but so many kittens in a year, making them each valuable to the breeder, especially when they plan to only have a few litters of kittens each year. If you are planning to get a Bengal Cat with breeding or showing rights, you will generally pay much more for the cat, especially for a show quality Bengal Cat, which may run in the neighborhood of thousands of dollars.

Another major factor that influences how much a Bengal Cat may cost is the health testing involved with breeding cats. Within the Bengal breed, there are three major genetic conditions that a good breeder will screen for: PK-def, HCM, and PRA. HCM is the most important and screening involves a cardiologist screening the cats, usually annually, a charge itself that may run hundreds of dollars for an echocardiogram. Breeders should also regularly screen for infectious diseases, such as feline leukemia and FIV. Cats that are affected with any of these genes and their offspring but usually be removed from the breeding pool.

Housing is another factor that affects how much the Bengal Cats may cost. Males are typically housed away from the main family unit because they have the potential to spray urine. A good breeder will keep these cats in their own building that provides plenty of room as well as enrichment opportunities for the cat. These enclosures can cost thousands of dollars and need to be properly enclosed and insulated to keep the male protected from the elements and safe. A cage is significantly cheaper, but it doesn’t provide the male room to roam and stretch, as well as engage in play behaviors that will keep him healthy and well-stimulated.

Another major factor of the Bengal Cats is what generation they are. The first generation, or F1, is the result of breeding a Bengal Cat with an Asian Leopard Cat. The next generation is an F2, followed by F3 and F4 kittens. Bengal Cats are not considered to be a true Bengal Cat unless they are F4 generations or later. These tend to be more costly than an earlier generation, but they are less likely to be sterile, especially the male Bengal Cats, and these fourth generation or later kittens also often make better pets.

Bengal Cats make great additions to the family, but they are not inexpensive critters. If you’re looking at adding to your family, be prepared to spend a sum usually in the neighborhood of $1,500 to $2,000. Talk with prospective breeders about their costs associated with breeding and caring for the cats and kittens, such as making sure that the animals are health checked regularly and are kept in comfortable and secure housing. These small features add up but help produce happy and healthy, well-adjusted cats.