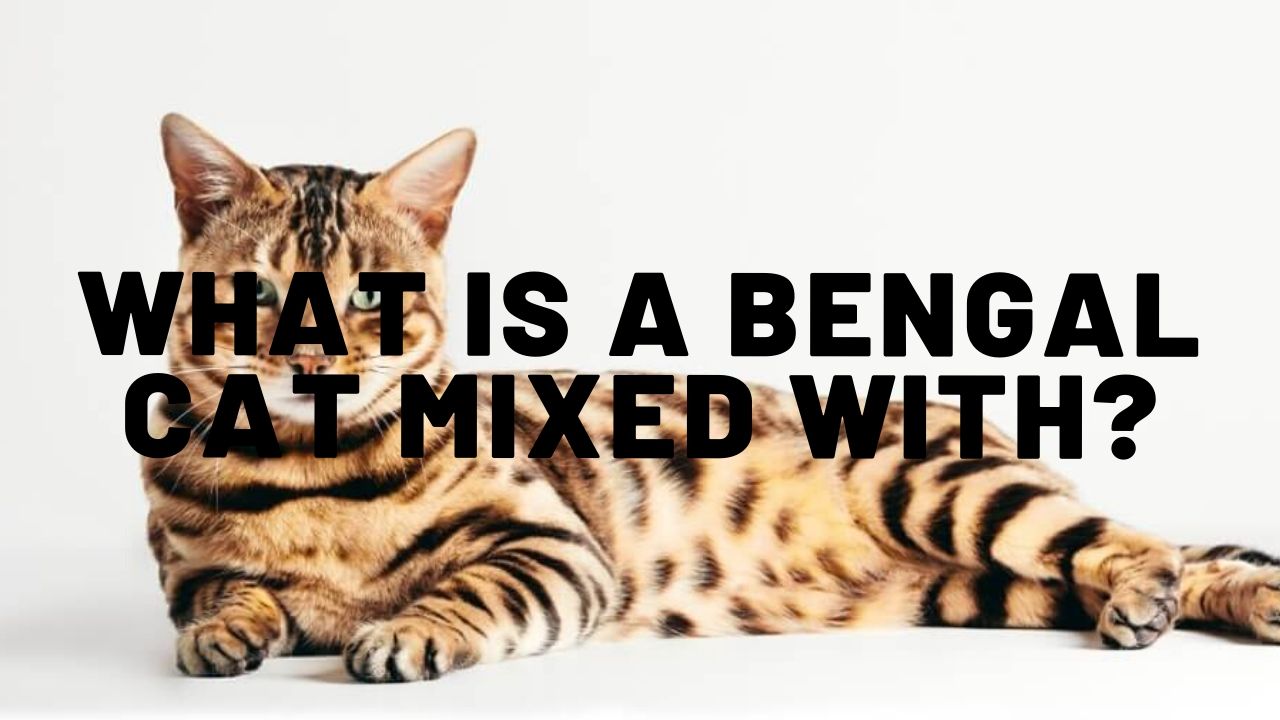 If you have a Bengal Cat, you might have wondered what cats went in to creating such an exotic looking critter. With Bengals, numerous cats were used to create the breed, but the foundation has been established by using several different, typically shorthaired, domesticated breeds of cats, with the addition of a little wild DNA.

Asian Leopard Cats are the wild side of the Bengal Cat breed. These Asiatic wild cats were used in research studies that found that these cats did not get feline leukemia. A professor attempted breeding Asian Leopard Cats with domesticated cats in an attempt to help develop resistance to leukemia, which was being studied for both cat and human purposes.

Asian Leopard Cats are smaller wild cats. They tend to enjoy water, where they often hunt by fishing, a trait that has been passed on to Bengal Cats. Their coat pattern is very similar to that of the Bengal Cat: these domesticated cats have been bred to resemble their wild ancestors.

Asian Leopard Cats lent their name to the Bengal Cat, as their scientific name is Prionailurus bengalensis. These cats are classified as cats of least concern by the International Union for the Conservation of Nature. Interestingly, they have the largest geographic distribution of any wild cat, which includes areas of China, Russia, and the Philippines.

Bengal Cats are bred from Asian Leopard Cats and domesticated breeds of cat. The most common breeds used to create the Bengal Cat breed include Abyssinians, British Shorthairs, Bombays, Egyptian Maus, and Ocicats. In the early days, there was little standardization though, and many different cats were used that had the look breeders were going for with the Bengal Cat.

For instance, Jean Sudgen-Mill, who is the main breeder responsible for creating the Bengal Cat after getting several cats from the experiments into feline leukemia led by Dr. William Centerwall, traveled the world looking for the right cat for her breeding program. In one part of the world, she found a feral tomcat who was living in a rhinoceros exhibit in a zoo. He was especially important to the breeding program because he imparted a golden, shimmery color to the coat of many Bengal Cats. The Abyssinian has often been used to maintain this glitter with the coat.

Bengal Cats are medium-sized cats, and their size is related to what breeds of cat were used predominantly in their lineage. Breeders who use more British Shorthair than Bombay will generally produce larger Bengal Cats than other breeders. A good feature of these cats is that their activity levels help minimize the fact that they could become overweight, which is a health worry with many domesticated cats.

While Bengals have wild cat ancestry, Asian Leopard Cats are not typically used in the breeding any longer. The Bengal Cat’s pedigree is assessed by how far removed from an Asian Leopard Cat they are, with designations that include F1, F2, F3, F4, and so on. These are the different foundation generations, with F1 being a first generation. Only early generation females are usually used in breeding programs, as the males are typically sterile. Instead, later generation males or one of the foundation stock domesticated breeds are used.

It is also important to know that when breeding and showing Bengal Cats, early generation cats are not allowed to be shown. They are also considered more wild than later generations and may not make as ideal of a pet as later generations can be, who retain the look of the Bengal with all of the personality associated with this lovable breed.

In Summary – What Is A Bengal Cat Mixed With?

Bengal Cats are a combination of Asian Leopard Cats with domesticated breeds, such as the British Shorthair and Abyssinian. Cats used for breeding purposes are generally used to highlight the desirable features of this awesome feline, namely their patterned pelt and glittery shine to their coat, as well as the inquisitive personality that puts Bengal Cats in a class to themselves.