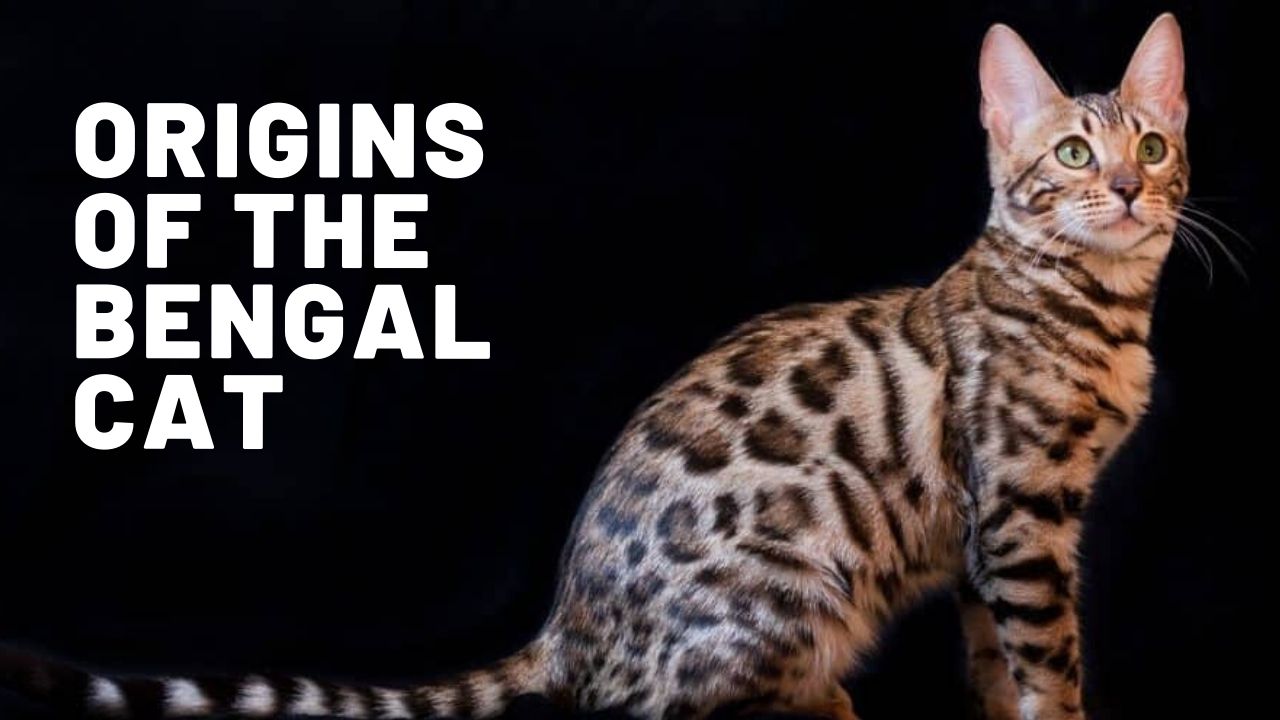 If you’re in the market for an exotic cat, you might be wondering where do Bengal cats come from?

The short answer is that these cats were originally developed in the United States. Their history, much like other cat breeds, truly spans the world.

If you’re not familiar with Bengal cats, they are the result of breeding domesticated cats with Asian Leopard Cats. The resulting cats have a striking appearance.

Much like their leopard ancestors, the Bengal has rosettes on its coat, which help the leopard blend in with their surroundings in the wild. The Bengal typically has rather unique facial markings, with small heads and large eyes.

The Bengal comes in a variety of colors, including rust, ivory, and orange. Some of these remarkable cats even have a shimmer to their coat. They have a powerful stride, marked by having longer hind legs than front legs, also similar to their leopard ancestors.

Origins Of The Bengal Cat – Where Do Bengal Cats Come From?

The first Bengal cats, which did not get the name until later, were bred by Dr. Willard Centerwall. Dr. Centerwall was a professor of pediatrics and interested in cats. He was studying Asian Leopard Cats because they had natural immunity to the feline leukemia virus, which affects domestic cats.

Dr. Centerwall was using the studies to better understand the biology of immunocompromised individuals. He needed domesticated cats that were easier to handle, so he bred Asian Leopard Cats with cats in America.

Eventually, something needed to be done with the cats that Dr. Centerwall had bred. Rather than put them to sleep, he sought to find another home for them. He met Jean Mill, who was happy to take his cats. She was interested in breeding domesticated hybrids and had studied genetics at the University of California at Davis.

With these initial cats, Ms. Mill began to look at breeding. The males that resulted from the matings were sterile, although the females were not. She needed a solid male to breed with her female Asian Leopard hybrids. In 1982, she came across the male she would use, a cat that was feral and stayed around the rhinocerous exhibit in the New Delhi Zoo.

This feral cat became the foundation of her breeding program. Named Tory, this cat had rich coloring. Adding him to the mix produced the glittering coat that the Bengal is now known for.

What’s In A Name?

Another major person in the development of Bengal cats was William Engler. He had a Leopard Cat naed Shah, who he bred to several queens that he had. These matings produced several kittens, eventually leading to enough breedings that, over the year, he produced more than 60 Bengals.

No Bengal cats today can be traced to his cats. Engler led to the development of the name, presenting the cats to registries as Bengals. The name hails from the scientific name of the Asian Leopard Cat, Felis bengalensis. So if you want to know where bengal cats come from, then we need to do some more digging!

Jean Mill was instrumental in the development and rising popularity of the Bengal breed, not just because she bred them but because she got other people interested in them. Ms. Mill paused her breeding efforts in 1963 and didn’t restart them until 1980.

In 1983, Ms. Mill got the Bengal cat recognized by The International Cat Association (TICA). Many other groups refused to recognize the Bengal as they did not want to support the breeding of domesticated cats with wild ones. In addition to breeding these cats herself, Ms. Mill encouraged other breeders to breed the hybrids for future generations and register them with the TICA.

Ms. Mill wanted the Bengal cat to be a domesticated cat that was a part of the family. While breeding these cats and showing them, Ms. Mill traveled the world with them and spend thousands of dollars promoting the breed. In addition to showing cats, she passed out brochures and educated the public on this impressive breed.

One of the main reasons for their popularity came with one of her F2 female Bengals, known as Millwood Penny Ante. She was a rather friendly cat who also looked like a little leopard. Millwood Penny Ante became used as a symbol of the breed, advertising shows around the world, including at home in the United States and in Europe.

Bengal owners today can thank the efforts of Jean Mill for their wonderful family pets. No matter where you are in the world, when you wonder where do Bengal cats come from, you should know that they come from the hard work and dedication of a few individuals.

Do you own a Bengal or are you thinking about getting one. Comment below and let us know your thoughts on the breed.