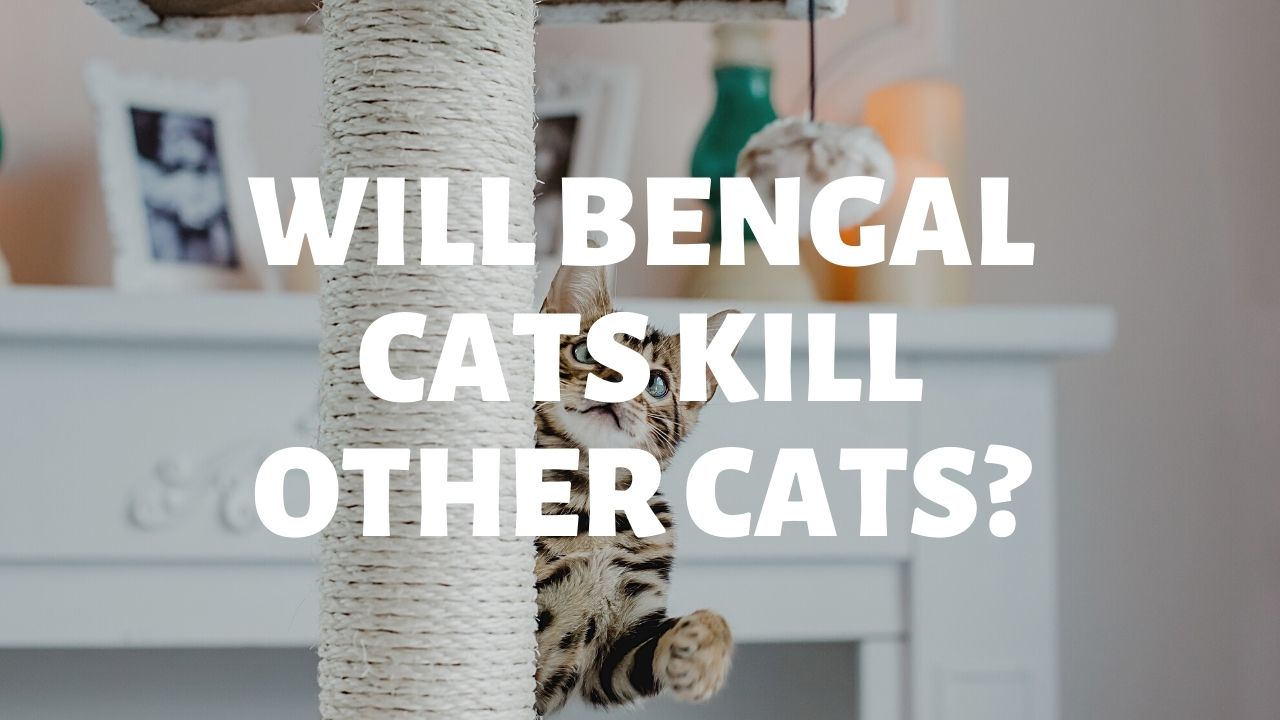 Before answering whether Bengal cats will kill other cats it is important to consider their origins. Bengal cats were developed by crossbreeding the Asian Leopard Cat with various domestic breeds of cat. The selective breeding of these two breeds of cats was a scientific effort to determine possible resistances to Feline Leukemia. The resultant hybrids from this scientific endeavour were gifted to individuals as pets, where they were further bred with domestic cats while attempting to keep the wild colourings of the Asian Leopard Cat.

Bengal cats first emerged in the 80s, a mere ten years, or one generation of cats, later. Generally speaking, crossbreeds become safe and properly domesticated after 4 generations. As Bengals are a relatively new breed, they still retain wild traits of their ancestor, the Asian Leopard Cat. This can mean that they display more wild and aggressive characteristics than their domestic cousins, such as a very high prey drive.

Will Bengal Cats Kill Other Cats?

There have been reports of Bengal cats killing other cats, though these reports are few and far between. An article by the Evening Standard reported that one particular Bengal cat residing in London killed one cat and injured two others so badly they had to be put down. Far more common are reports of non-fatal Bengal cat attacks on other animals.

Bengal cats are incredibly territorial creatures. They are often aggressive towards other cats and will go to great lengths to seek out and injure cats in order to maintain their territory.

A logical solution would be to keep Bengals as indoor cats given the damage they can cause wildlife and local ecosystems. However, Bengal cats are incredibly active and it is recommended that they are kept as outdoor cats because they need a large area to roam freely. Their need for space causes more problems, as the Bengals’ territory is so large it means they are more likely to encounter other cats which may lead to more instances of violence.

Having said all of this, it is important to note that all animals can be dangerous unless they are properly cared for. Bengal cats are no exception to this rule. Those who have been properly socialised and trained pose no greater threat to other animals than typical domesticated cats.

Therefore, it is recommended that all Bengals socialise with other cats and small animals from a young age and under supervision in an attempt to weaken their innate hunting instincts. Introducing Bengals to other cats can be very difficult given their wild nature, if you are thinking of owning more than one Bengal cat it would be best to get them at the same time so that it is easier for them to adapt to non-solitary life.

If you are considering getting a Bengal cat, you must consider that they require a lot of training and socialisation. Socialisation for these cats is a necessity to ensure that you and your cat are not responsible for the death of another person’s beloved pet.

Although Bengals are finely tuned killing machines, with the correct training and socialisation they pose no bigger threat to animals than domesticated cats.